The winners of the 2021 WABL Annual Awards have been announced and were recognised on WABL Grand Final day.

All candidates were nominated by their Association. The chosen winners are listed below.

From the Cockburn Cougars, Ben Henshall was named Male WABL Player of the Year. The 195cm forward was a key contributor for the Under 18 Boys Championship team, averaging 26 points per game and helping them reach the grand final. He also had the opportunity to play a handful of games for the Cougars’ WABL Championship Men’s team and made his debut in the NBL1 West. He was also a leader on the WA U18 Metro team that won gold at the national championships in April.

From the Willetton Tigers, Grace Foster was named Female WABL Player of the Year. The 175cm guard was a key contributor for the Tigers Blue Under 18 Girls Championship team, helping them finish as minor premiers and winning the grand final, with Foster collecting grand final MVP honours. She was a regular member of the Tigers White WABL Championship Women’s team and made her debut in the NBL1 West. In her fourth NBL1 appearance, she had 25 points and nine rebounds against the South West Slammers. Foster was also a member of the U18 Metro girls state team.

From the Perry Lakes Hawks, Damian Barr was named Male WABL Coach of the Year. Season 2021 marked Barr’s fourth season as head coach of the Hawks’ Under 18 Boys Championship team. Having won three straight championships from 2018–2020, he guided his team to a fourth straight title in 2021. A regular coaching member of the BWA High Performance programs, Barr has been an assistant coach for State teams over the past couple of seasons and in 2019 was head coach of the U16CHM Country team. Since 2020, he has been the U16 Metro boys head coach.

From the Willetton Tigers, Stephanie Poole was named Female WABL Coach of the Year. At just 20 years old, Poole is currently the head coach of the Tigers’ U12.2 Girls team who qualified for Championship Division. After taking a 2nd team to a Division 2 title in 2020, she went one step further in 2021 and qualified a 2nd team for Championship Division while focusing on weekly improvement. Poole is in charge of Willetton’s Girls Futures Academy and is one of their most promising up-and-coming WABL coaches. She grew up representing Willetton in her junior career and is passionate about the club, working hard to develop her coaching knowledge.

From the Willetton Tigers, Lexi Rowan was named WABL Referee of the Year. Rowan’s consistent and outstanding high-level basketball officiating in 2021 led to her being nominated for this award. Rowan expressed reliability, maturity and outstanding communication to players, coaches and other officials. She has continued to develop her skills through completing further accreditations through the Basketball WA referee qualification system and has been a member of the WABL Referee Development Program in 2021. The 2021 season saw Rowan consistently officiate U18s and U20s and was elevated to officiating WABL Championship Men and Women in the second half of the season as a result of her outstanding performances. She was rewarded with being selected to officiate the Under 18 Boys Championship Division grand final.

From the Perth Redbacks, Sue Hosken was named WABL Volunteer of the Year. A beloved member of Perth Basketball Association and the Redbacks community, at 72, Hosken dedicates countless hours volunteering her time to serving as the weekly WABL door person at Leisurelife Centre in Vic Park. She also runs Redbacks’ merchandise, game day operations, club fundraising and events, WABL finances and accounts, and WABL uniforms. She is also a Redbacks board member.

Congratulations to the each of the deserving winners. 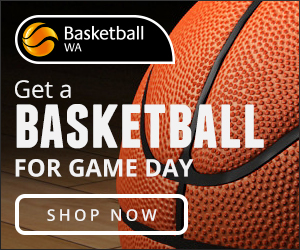